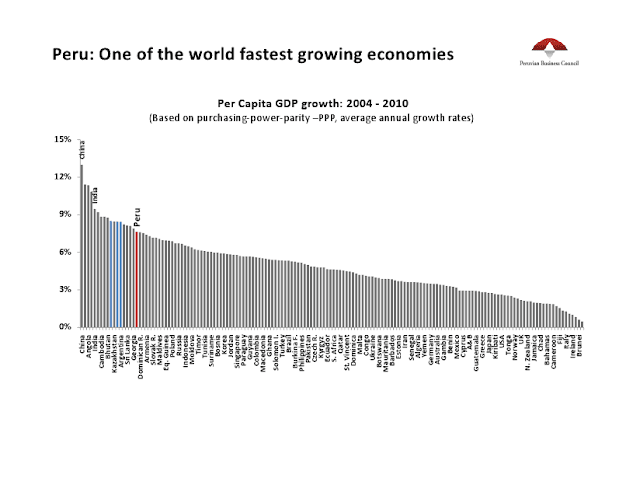 The free trade agreement between Peru and the E.U. was ratified at the E.U.-Latin American Summit in Madrid on May 18. As well as dealing with trade issues, the agreement provides better guarantees than before for European investments in Peru. E.U. countries provide the bulk of Peru's foreign investment.

Alongside Colombia, Peru has been engaged in bilateral discussions with the E.U. to liberalize trade and investment restrictions since 2008. In so doing, it broke with the understanding that any new agreement involving the E.U. would be negotiated collectively with the countries of the Andean Community of Nations (CAN). Peru and Colombia have adopted a much more positive attitude toward economic liberalization than CAN partners Bolivia and Ecuador.

At the same time, Peru has reached a similar agreement with China and is in the process of negotiating deals with a number of other Asian countries. All are designed to facilitate trade and foreign investment.

Record. Peru's record of attracting foreign investment has been strong.